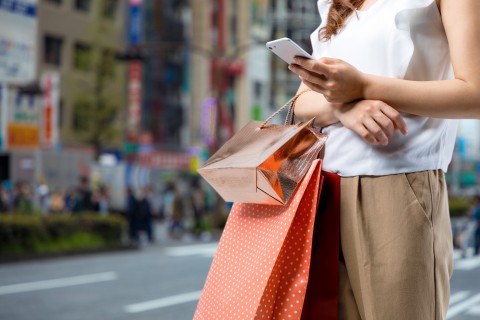 The African continent is widely considered retail’s next big gold rush, based on its population of 1.4 billion people, which includes more than 500 million internet users and over 330 million eCommerce consumers. Additionally, with 19 of the top 20 fastest-growing countries in the world, the continent’s trade landscape is set to become even more attractive for new market entrants and Pan-African operations in the retail space.

According to the McKinsey Global Institute, eCommerce will be worth $75 billion by 2025 in Africa’s leading economies, yet this sector also faces numerous challenges, such as a lack of national street address systems in many countries and the expense of last-mile delivery. Additionally, a large portion of the African population remains unbanked.

Other challenges faced by both the formal and informal retail sectors include a shortfall in infrastructure investment, which hampers development in the logistics space. Beyond infrastructural challenges, there is also a need to educate consumers about online retail and gain their trust. Currently, a significant number of African smartphone users either do not know how to make purchases online or do not trust eCommerce platforms.

As such, Africa remains below the global eCommerce average growth rate, even across its biggest markets. Encouragingly though, the continent is seeing an increase in technology-related productivity in sectors like financial services, education, health, retail, agriculture and government.

The number of digital shoppers in Africa doubled between 2015 and 2021, but while digitalisation is a significant game-changer in Africa’s retail sector, informal trade remains dominant in consumers’ buying habits.

For example, Nigeria has established itself as a vibrant hub for new technology businesses, with several large e-tailers operating in the market. Yet, digitalisation is still to drive significant transformation in the country’s traditional brick-and-mortar retail sector.

The rising availability of 4G networks and smartphones is steadily driving the uptake of digital transacting, with smaller retailers selling products via social media channels like Facebook and WhatsApp, especially when consumers opt for cash-on-delivery.

In contrast, Morocco’s high internet penetration rate of 75% is boosting the eCommerce sector’s growth and the industry demonstrated significant year-on-year growth during the COVID-19 pandemic. The pandemic accelerated online food retail, and many Moroccan grocery retail chains launched their own apps and delivery services.

Currently, many eCommerce transactions in Morocco happen outside the banking system, due to many businesses offering cash as a payment option. However, digital payments are increasing. Like other retail leaders on the continent, digital B2B start-ups are starting to play a significant role in modernising Morocco’s traditional retail sector.

Similarly, the pandemic also prompted South African retailers to leverage technology to drive sales and better engage with customers, seeing a significant rise in online grocery and clothing purchases in 2020.

Industry experts forecast that this growth is expected to gain momentum, reaching growth figures as high as 100% year-on-year over the next few years. Omnichannel retailers in South Africa are experiencing exceptionally high growth, although their online gains have been partly offset by declines in foot traffic in their brick-and-mortar stores.

Shopping habits also seem to be changing in Kenya, with a growing number of consumers moving from informal to formal retail. COVID-19 also contributed significantly to the country’s eCommerce growth, but logistical costs remain a challenge, especially for the transporting and delivering of goods. Despite this, numerous e-tailers are seeing a steady uptake of online shopping in the country. At the same time, Kenya is paving the way on the continent with digital payments, with fewer people using cash as a means of payment compared to markets like South Africa and Nigeria.

In light of these trends, African retail has reached a critical moment and presents an opportunity to meet customers’ shifting behaviours and preferences to gain longer-term customer loyalty. Retailers that don’t prioritise the customer experience risk losing out in this new market.