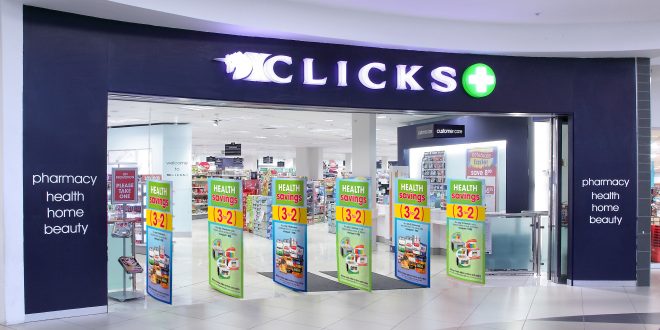 Group turnover increased by 6.0% to R39.6 billion, with headline earnings per share increasing by 33.5%

Adjusting for the financial impact of the KwaZulu-Natal civil unrest and related insurance payments received by the group, headline earnings from continuing operations grew by 11.9%.

The group generated cash inflows from operations of R4.3 billion and the return on equity increased from 38.2% to 48.0%. During the year R1.7 billion was returned to shareholders in dividend payments and share buy-backs.

Chief executive Bertina Engelbrecht said retail trading was hampered by the impact of the July 2021 civil unrest on retail sales, significantly higher levels of load shedding disruption in the second half of the year and depressed consumer spending and confidence.

“The performance for the year highlights the resilience of the group’s business model and the defensiveness of our core retail categories,” she said.

Clicks opened 58 new stores and expanded its retail footprint to 840 stores. Engelbrecht said management has shown its confidence in the growth prospects of Clicks by increasing its long-term target from the current 900 to 1 200 stores, with 40 to 50 new stores and 40 to 50 pharmacies planned to open each year.

The Clicks ClubCard active membership base increased by over 500 000 to 9.7 million members and accounted for 80.2% of sales in the year, while the Clicks mobile app has been downloaded by 3 million customers.

The group is investing in renewable energy solutions and during the year solar panels were installed on the eight Clicks and UPD distribution centres around the country.

On the outlook for the 2023 financial year, Engelbrecht said trading conditions will remain extremely constrained. “Consumer disposable income is under increasing pressure in the current low growth, high inflationary environment and this will be compounded by the trading disruption from ongoing electricity load shedding,” she said.

“Clicks has proven its ability to adapt to changing market dynamics. Our main growth drivers are value, convenience, customer loyalty and product differentiation and this positions the business to respond to the needs of customers, particularly in the current weak economic environment,” she added.

The group is planning record capital investment of R936 million for the new financial year. This includes R477 million for stores and pharmacies and R459 million for supply chain, technology and infrastructure.