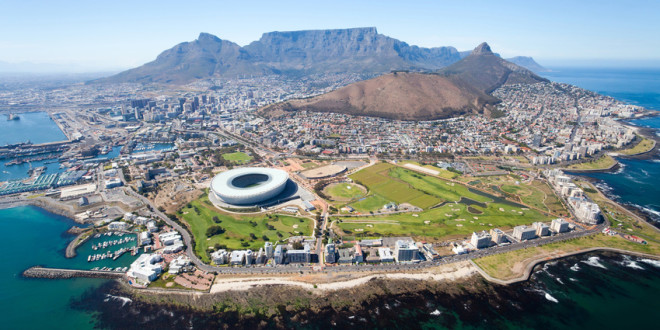 By Gareth Ackerman, co-chair of the Consumer Goods Council of South Africa (CGCSA)
As politics takes over ahead of the general elections in 2024, the government’s inertia on policy-making, its lack of decision-making and inability to deal with the country’s challenges threaten to under the hard work business is putting into growing the economy.
The government has, on numerous occasions, stressed the importance of reviving the South African economy to address slow growth, attract investment, create jobs and reduce poverty and inequality.

Several promises have also been made to improve the regulatory and policy environment, remove bureaucratic delays across government departments and stabilise and improve energy supply.

The business sector continues to be supportive of these intentions and has used various platforms such as Business Unity SA and organised business organisations to not only lobby for policy and regulatory changes, but, importantly, offer its support, particularly to the investment drive led by President Cyril Ramaphosa.

The success of the Fourth Investment Conference in March 2022 is a case in point: it received 80 investment pledges of R332-billion. These pledges took the total level of investment pledged at the four Investment Conferences to R1.14-trillion compared with the initial target of R1.2-trillion set four years ago. This is an example of the supply-side response by business to calls to partner with the government to grow the economy.

But it seems like every time we take a step forward, we take two steps backwards. The policy agenda is taking a backseat as politics take over ahead of the general elections in 2024. Policy inertia, lack of decision-making and urgency to deal with the numerous challenges the country is facing threaten to undo the hard work both the government and business are putting into growing the economy.

That the economy is in a bad shape is not in doubt. After two consecutive quarters of positive growth, real GDP decreased by 0.7% in the second quarter of 2022, with the devastating floods in KwaZulu-Natal and rolling blackouts contributing to the decline.

This weakened an already fragile national economy that was beginning to recover from the impact of the Covid-19 pandemic. Growth this year has since been revised downwards by the South Africa Reserve Bank to 1.9% from 2% due to a forecast low growth of 0.4% and 0.3% in the third and fourth quarters, respectively.

We have one of the world’s highest unemployment rates, poverty has risen and household food insecurity has risen. This is mainly because of food scarcity and the cost of food, and partly because of the impact of the conflict in Ukraine, which has sent food and fuel prices and inflation to the highest levels.

Given this grim context, one would expect heightened urgency by the government to respond to the long-standing issues business has and continues to raise.

These concerns include the regulatory and policy environment, tardy decision-making, red tape in government and the infrastructure crisis. This is particularly the case with energy, rail and ports as well as service delivery, especially at the local authority level where many municipalities are failing to provide basic services, let alone run their administrations efficiently.

Business has to step in

The worsening infrastructure crisis means that business will have to provide solutions rather than wait for the government to step in. Business cannot wait because it risks losing the investments it has made, with catastrophic consequences for the economy. However, this will need to come with incentives from the government in the form of example tax rebates. Once it steps in, the private sector should not be taxed twice.

There is much talk that privatisation is not the solution. But public-private partnerships have proved to work, and work well. I am proposing that a public-private-participation process should be re-examined where the state continues to own the infrastructure, but allows private enterprise to “rent” it on a user or maintenance basis.

In this way, the government concentrates on what it does best, which is to establish the policy framework, and lets competent specialists assist in delivery and implementation.

The crisis at Eskom has reached unprecedented levels. This is evidenced by the longest period of rolling blackouts we have experienced thus far, estimated in 2022 to date at more than 2,000 hours.

No economy, no matter how strong, can continue to sustain such levels of disruption. One wonders why the government is not dealing decisively with corruption at Eskom, such as it continuing to be supplied with low-quality coal at premium prices for its power stations.

What is going on?

We all need to ask ourselves what is going on. Why is Eskom paying for good coal and yet poor-grade coal is delivered? In the fast-moving consumer goods (FMCG) industry, we check goods received on receipt, not on dispatch! Why is it possible for people to continue to steal and cause sabotage with impunity? There appear to be too many vested interests involved at Eskom.

There is no good reason why, as business, we should not be asking the hard questions more and more because it is affecting our companies, the way we do business, and most importantly, growth. And with no growth, our people, particularly the poor and unemployed, will suffer even more.

The rampant malfeasance at state-owned institutions has to be stopped and the culprits held accountable. This will not only send the right message to the private sector that is looking to partner with the government, but also to potential investors.

The strike action at Transnet has come at the worst time, is costing the economy more than R1-billion daily, and has affected supply chains of both imports and exports. This is added to widely reported inefficiencies at our ports, which is affecting supply chains very seriously.

We need efficient and responsive ports and a resilient supply chain. Companies are now being forced to use alternative ports in Namibia and Mozambique, rather than wait and waste time with goods sitting idle at harbours.

Our roads urgently require maintenance because the railways are not working efficiently and there is too much pressure on our road network. There is a huge maintenance backlog that is affecting major arterial routes. With Transnet spending 60% of its cost base on labour, the repair and maintenance of infrastructure can never catch up. Business will increasingly have to find our own solutions or we won’t be able to work our supply chain.

Our water supply system is under strain, and this is affecting many parts of the country. Unless something urgent is done, we are going to experience water shortages similar to the disruptions we are now experiencing with the supply of electricity. The crisis in Gqeberha in the Eastern Cape, where large parts of the area may not have water soon, is an example of the water shortage.

If our industry’s supply chains are compromised further, the country’s food security will be further compromised. South Africa relies on the FMCG supply chain to feed the nation.

This was clearly demonstrated during the unrest in KZN and Gauteng, when the Consumer Goods Council of South Africa collaborated with other stakeholders to distribute food and other basic essentials to displaced families.

It is said many countries, including South Africa, are just three meals away from a revolution. And we saw how close we came to this during last year’s unrest. KZN nearly ran out of food because the N3 could not be reopened.

I cannot overemphasise the need for us to have a safe and secure supply chain network. In this regard, it was pleasing to see the courts upholding the right to safe transport last week in the Intercape case in the Eastern Cape, where the government is mandated to ensure the safe operation of business.

On the regulatory front, we just need to do better. It is ironic that Ramaphosa has said South Africa is open for business, yet some government departments are doing their best to shut the door. How can one explain the inordinate delays multinational and local companies have faced when applying for work visas for expatriate staff?

Thankfully, the short-sighted policy of centralising the processing and issuance of work visas for critical and expatriate staff has since been rescinded following the intervention of business. South Africa needs skills to run complex businesses and thus create jobs, and the skills are often not available locally.

These are the sort of regulatory inconsistencies that business has been highlighting to the government, but the response has either been slow or our concerns have simply been ignored. We can’t afford to delay resolving these.

The consumer goods and retail sector is one of the country’s largest employers and contributes up to 20% of the national GDP. We continue to invest in the country and could invest more, and do more to ensure national food security.

The sector is also increasing efforts to reduce food loss and waste, and to invest more in decarbonisation and reduce environmental damage through sustainable business practices and manufacturing processes.

But conditions have to be right, and we need more urgency to correct things that are wrong. The time to do so is now. We need all hands on deck to fix this country. We do not have the luxury of time; we are losing crucial investment.

We are losing critical skills as some who are at their most productive age are leaving the country, citing concerns about education, opportunity, crime and rolling blackouts as some of their reasons for emigrating. We need a greater sense of urgency to create confidence. And we need it very soon.