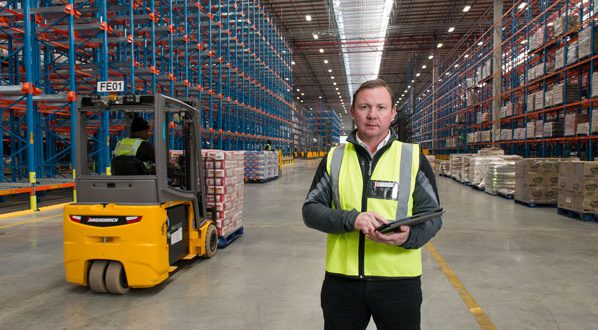 The conditions imposed by the Tribunal seek to address identified competition and public interest concerns and include the divestiture of certain retail stores by Massmart as well as public interest commitments relating to employment; the spread of ownership; localisation; and retailer, supplier and skills development.

The Tribunal’s order follows a three-day merger hearing in which the merging parties; the Department of Trade, Industry and Competition (“the dtic”); two intervenors, namely Pick n Pay and Spar; and the South African Commercial Catering and Allied Workers Union (“SACCAWU”) participated. The hearing was further followed by information requests from the Tribunal and consideration of the numerous responses received to the information requests from participating parties.

The Tribunal’s order and a non-confidential version of the conditions will be available on the Tribunal website at www.comptrib.co.za in due course. A summary follows below:

After considering the Commission’s recommendation and the submissions of the participating parties, the Tribunal ultimately approved the proposed merger on the basis that the ten Highly Problematic Stores must be divested by Massmart to a suitable purchaser/s within a specified period from the Tribunal’s approval of the merger (“the divestiture period”). The purchaser/s must be an independent third party/ies unrelated to Shoprite; must be a small or medium sized business/es (SMMEs”) and/or historically disadvantaged persons (“HDPs”); and must possess the necessary financial resources, proven technical expertise and incentive to develop the Highly Problematic Stores as viable and competitive in the relevant geographic areas.

During the divestiture period, Massmart must:

The Tribunal has provided for the appointment of a Trustee to monitor Massmart’s compliance with its obligations in respect of the divestiture, including its obligation to maintain the continued financial and economic viability, competitiveness and marketability of the Highly Problematic Stores. The Trustee must be independent of the merging parties, possess the necessary qualifications and expertise to carry out his/her mandate and not be exposed to any conflict of interest.

There will be no retrenchments as a result of the merger since all employees of the stores that are being disposed of by Massmart to Shoprite will be transferred to the Shoprite Group in line with the Labour Relations Act on no less favourable terms (including wages, working conditions and benefits) to those which apply pre-merger. In addition, Shoprite Group undertakes to create additional permanent employment opportunities at its local operations.

The Shoprite Group will establish and implement the Shoprite Employee Share Ownership Programme (“ESOP”) within 60 days of the merger implementation date. The ESOP will hold 40 million shares in Shoprite and employees’ participation will be by way of holding units, at no cost. Among others, employees will be required to have been employed by the Shoprite Group for a minimum specified period before being eligible to join the ESOP. Employees from the Highly Problematic Stores will immediately be eligible to join the ESOP following implementation of the merger, provided that they have been employed at the Highly Problematic Stores for a minimum specified period. Employees that are part of any other long term incentive scheme will not be eligible to join the ESOP.

The Shoprite Group has implemented a policy to only import goods for resale in circumstances where the goods are not produced in South Africa or where there is a shortage of supply at competitive prices. It commits to increasing its procurement of locally produced foods and will endeavour to increase its procurement of locally manufactured general merchandise using Shoprite Group’s annual procurement spend (as at the merger implementation date) as the benchmark.

Shoprite will maintain the supply agreements with SMMEs, suppliers owned by HDPs and current suppliers of no-name or in-store brands that currently supply the Massmart businesses being disposed of. The terms and conditions must be on par with those offered by Massmart and will incorporate additional benefits to SMMEs and suppliers owned by HDPs. The Shoprite Group will also waive any exclusivity provisions in leases that will transfer to it when the merger is implemented.

Shoprite undertakes to further invest in the development of independent retailers, spaza shops, SMME suppliers, and small farmers and caterers. It will also spend a specified minimum amount on various programmes developed jointly with the dtic.