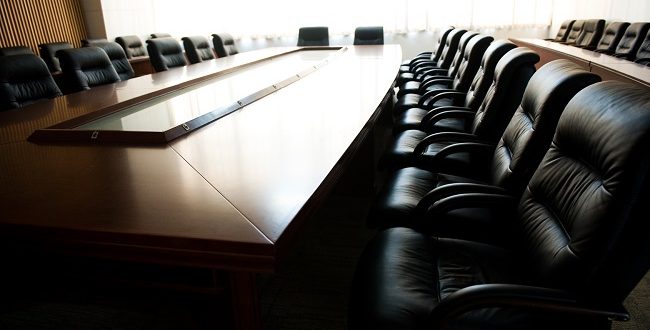 Spur Corporation Appoints New CEO, CFO and Strengthens the Board 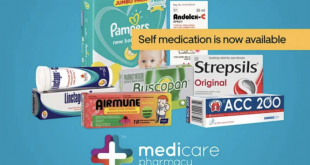 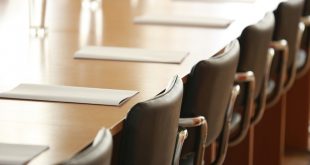 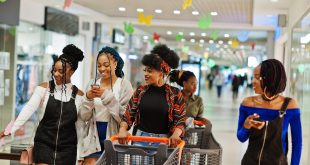 Val Nichas (58) has been appointed as an executive director and group Chief Executive Officer of Spur Corporation with effect from 1 January 2021. She will succeed Pierre van Tonder who will be retiring from the group with effect from 31 December 2020 after 38 years’ service.

Val is a highly experienced strategist who has extensive experience in the restaurant sector and was formerly managing executive of Quick Service Restaurants (“QSR”) Brands at Famous Brands, responsible for a portfolio of franchised brands with over 600 restaurants across Steers, Fishaways and Giramundo.

Starting her career in marketing and advertising, she has served as Marketing Director of Edgars between 1994 and 1998, Senior Vice President of the large international food company, Rich Products Corporation and Managing Director of Tequila Advertising. She has also consulted to Nando’s Chickenland and was one of the leaders of the Nando’s advertising account team whilst at Tequila\TBWA.

Val joined Famous Brands in 1999 as Marketing Director of Debonairs Pizza and later served as Managing Executive of Wimpy (then 506 restaurants) and Steers (then 492 restaurants) before her appointment as Head of QSR Brands. Val has run her own consulting business for the past eight years, specialising in business strategy and planning. Her consulting clients have included corporations in various industries as well as clients in the restaurant and food sectors.

A further change to the executive leadership team is the appointment of Cristina Teixeira (47) as group Chief Financial Officer and as an executive director with effect from 1 February 2021. Cristina will replace current CFO, Phillip Matthee who has requested to step down from this position to take up a senior position in the finance department. He will assume the role of Commercial Accounting Executive.

Cristina has 12 years’ experience as a CFO in listed companies and was voted Businesswoman of the Year (corporate category) by the Businesswomen’s Association of SA in 2013. After qualifying as a Chartered Accountant, she joined Group Five and was appointed as CFO in 2008. She joined Consolidated Infrastructure Group as CFO in 2019. Cristina has led finance teams that have been consistently recognised in the Investment Analysts Society annual awards for reporting and disclosure, and in the Institute of Chartered Secretaries/JSE reporting awards.

“Val has a proven track record in managing a variety of big restaurant brands, backed by extensive experience in strategy in the corporate and consulting sectors. She is an excellent and well-respected leader who has a thorough understanding of the franchise restaurant industry and the board is confident that she has the credentials to lead the group as our industry and economy face a challenging future.

Pierre has been MD and CEO of the Spur group for 24 years. Under sometimes very challenging circumstances, he and his teams have built the Spur business from about 40 restaurants when he took over the day-to-day leadership of the group, to the 631 restaurants that we have now.

We are also pleased to appoint Cristina as our new CFO and believe that her experience in CFO roles in the listed environment will be very beneficial for the group. She has demonstrated her ability to lead finance teams in large organisations and is committed to the highest standards of financial reporting, disclosure and governance.

On behalf of the board I thank Phillip for his contribution as CFO and as a director over the past two years. He has done a really outstanding job and we are delighted to have retained his services to ensure continuity within the group finance department in the areas of work that he so enjoys.”

Graeme (50) has over 20 years’ experience in human resources management, having held senior roles at Simba, Oceana, SANS Fibres and KAP International where he was Head of Group Human Resources
and a member of the Transformation and Remuneration Committee. Prior to joining the group in 2018 he was head of human resources at Paarl Media Cape.

Sacha (43) has 20 years’ experience in marketing management, he joined the group in 2007 after seven years at Distell. He has served in senior marketing roles within the group, including Head of Marketing for Spur Steak Ranches and Panarottis Pizza Pasta, Group Marketing Executive and as Chief Marketing Officer since 2019.

The board further announces the appointments of Jesmane Boggenpoel, Lerato Molebatsi, André Parker and Sandile Phillip as independent non-executive directors with effect from 15 October 2020.

Jesmane (47) BCom, BAcc (Wits) MPub Admin (Harvard), is a Chartered Accountant with private equity, high technology and entrepreneurial experience. She was formerly the Head of Business Engagement for Africa for the World Economic Forum, based in Switzerland, and she currently serves as a non-executive director of EOH Holdings, Murray & Roberts and Dubai-based ETG Inputs Holdco. She is Chairperson of fintech company Sybrin and is a director and investor of AWCA Investment Holdings. She joins the Audit, and also the Social Ethics and Environmental Sustainability committees.

Lerato (51), who takes up the role of Chair of the Social thics and Environmental Sustainability committee, holds a BA (Psych) (UJ) PG Diploma in Rural Development and Management (Wits), is a non-executive director of the SA Reserve Bank and Deputy Chair of a large telecommunications company, the Adrian Group, in Kenya. She was formerly CEO of General Electric South Africa, executive vice president of Lonmin plc and held senior positions in corporate communications, public affairs and corporate social investment in the Departments of Labour and Transport, Old Mutual and Sanlam. Lerato will chair the Social an Ethics and  Environmental Sustainability Committee.

André (69) M Com (Stell), spent most of his career with the SAB/SAB Miller group and was Managing Director of SAB Miller’s Africa and Asia portfolio for 10 years. He is currently a non-executive director of Standard Bank, Distell (lead independent director) and Carozzi SARL, a leading food company in Chile. He previously served as Chairman of Tiger Brands and Remgro’s TSB, and on the boards of SAB plc, SAB Limited and AECI. He will chair the Risk Committee and serve on the Audit Committee.

Sandile (38) BCom (NMU) BCompt (Hons) (Unisa), is a Chartered Accountant and former non-executive board member of the SA Institute of Chartered Accountants. He has recently been appointed as a non-executive director of the SA Post Office. His business experience is mainly in the areas of structured funding and leveraged finance in business banking at First National Bank, private banking at Investec and financial management at British American Tobacco and Peninsula Beverages. He joins both the Audit and Risk committees.

“We have increased the non-executive component of our board to strengthen our board committees and to enhance governance oversight in support of the new management team. The appointments of the additional executive directors to the board acknowledge the group’s strategic focus on human and intellectual capital, and operating efficiency, which we believe will be three of the key drivers of growth as we adapt to operating with our franchisees in the changing consumer environment post Covid-19. The board is grateful that men and women of this calibre have agreed to join the Spur Corporation team. They bring immense depth and diversity to our board with their wide-ranging collective board and committee experience and we really look forward to working with them,” said Mike.

The board has also announced that Moshe Apleni, the group’s Corporate Communications and Transformation Manager, has been appointed as the Chairman of the Spur Foundation Trust.  Moshe chairs the Transformation Committee at his alma mater, Diocesan College (Bishops), and has served on the College Council of the school since 2016. He also serves as a Trustee of the African Scholars Fund which assists children from previously disadvantaged backgrounds obtain access to quality education.

Comments from outgoing and incoming CEO’s

“I have no doubt that these strategic changes will position Spur Corp extremely well for the future and I am really happy to be able to pass on the leadership of the group in January to someone of Val’s talent and experience. She will be well supported by the enormous depth of experience that we have built up in all of the key parts of our business,” said Pierre.

Commenting on her appointment, Val said: “I am humbled that the board has entrusted me with leading Spur Corporation into its quantum growth phase. I am also pleased that Cristina will join me as CFO at this great organisation. We pay tribute to Pierre and the team who have established this impressive portfolio of great South African brands. Leveraging on this, we will collaborate with our people, franchise partners and suppliers to innovate and invigorate our brands into even more compelling and memorable dining experiences for our customers.” 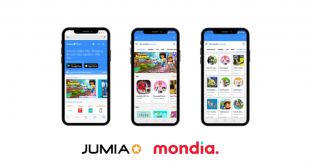