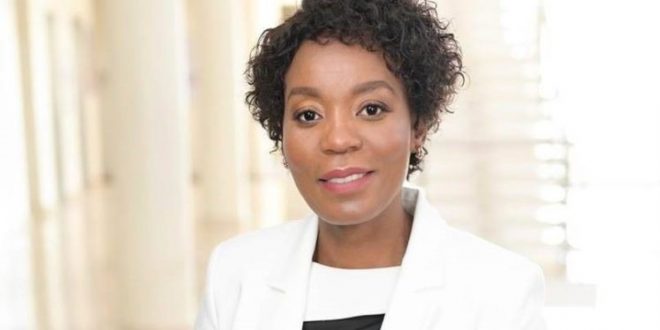 Spur Congratulates Dineo Molefe on Her Appointment at MTN

Long-serving director of Spur Corporation, Dineo Molefe, has been appointed as Chief Financial Officer of MTN South Africa, effective 1 December 2020. This means she will step down as a non-executive director of the group and as chair of the audit committee with effect from 3 September 2020.

“On behalf of the board, I thank Dineo for her substantial contribution as an independent non-executive director over the past seven years and for her role in leading the audit committee over the past two years. We congratulate Dineo and wish her every success at MTN,” commented Mike Bosman, Chairman of the Spur Corporation board.

Dineo has an exceptional track record with wide-ranging industry and leadership experience, and has served as an independent non-executive director at Spur since 2013. She joined T-Systems South Africa in 2016 as Chief Financial Officer and took over as Managing Director in May 2018.

Pierre van Tonder, Chief Executive of Spur, said, “The executive team is going to miss Dineo’s natural leadership qualities on the board. We’ve enjoyed working with someone of her calibre and we wish her only the best in her new role.” Cora Fernandez, an independent non-executive director and member of the audit committee, has been appointed chair of the audit committee with effect from 3 September 2020.