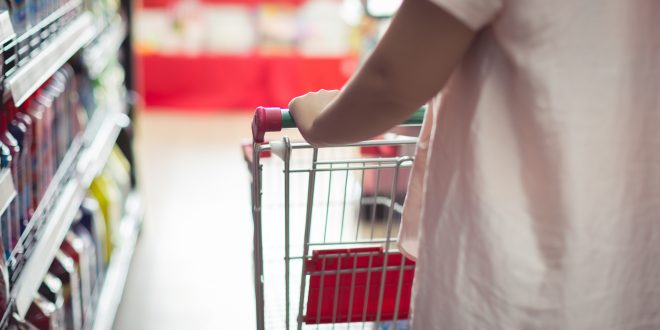 To ensure all customers enjoy the same quality instore experience, SPAR South Africa’s Eastern Cape retailers each year raise funds to donate wheelchairs to residents in need. As part of these efforts, the retailers run the ‘Wheelchair Wednesday’ community campaign, now in its tenth year. The campaign is traditionally held over four Wednesdays in October and invites abled volunteers to shop in a SPAR Supermarket for their groceries in wheelchairs to understand the challenges people using wheelchairs face.

The SPAR Wheelchair Wednesday campaign is celebrating its 10th anniversary by broadening the scope of its market to include the visually impaired sector of society this year.

This year, the Association for Persons with Physical Disabilities Nelson Mandela Bay (APD) collaborated with the Nkosinathi Foundation for the visually impaired. As part of this collaboration, the wheelchair assistants accompanying the volunteers in wheelchairs are being given simulation spectacles to experience first-hand the difficulties of customers with failing sight.

Last year, the Amputee Support Group (ASG) joined the project, which led to the distribution of crutches and walking aids to local community residents in need. Shoppers can donate walking aids for this worthy cause at participating SPAR stores all year round. ASG continues its involvement this year. Group representatives were also present at the launch at SUPERSPAR Hunters in Gqebhera on 6 October 2021.

SPAR Eastern Cape’s sponsorship of Wheelchair Wednesday has changed the lives of many people. Since the first campaign launch ten years ago, a total of 1,400 wheelchairs have been donated. This support ensures recipients gain more freedom through mobility, the objective of the campaign.