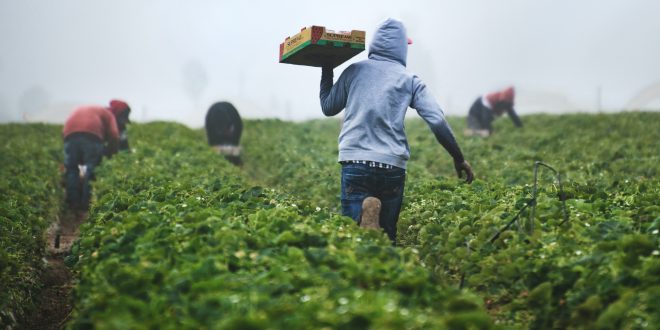 Despite the challenges posed by the COVID-19 pandemic last year, blueberry exports increased by more than 27%, growing from 12,221 tons to 15,636 tons.

The growth of the South African berry industry over the last five years is one of our country’s great agricultural success stories. Exports have grown from just 1,792 in 2015 to 15,636 tons. This growth has supported the rapid increase of employment in the industry from just 1,000 workers in 2014 to more than 8,000 workers in 2019.

In recognition of the industry’s growing strength on the world stage, we have decided to relaunch the South African Berry Producers Association (SABPA) as BerriesZA. We believe that this marks an important new chapter in the South African berry success story.

Whereas SABPA was primarily a producer organisation, BerriesZA includes role-players along the entire berry value chain through its Joint Marketing Forum. The JMF brings together all these stakeholders to tackle industry problems, and to collaborate to ensure the best possible results for the industry as a whole.

Most importantly, BerriesZA has been mandated to become the enabling commodity organization with a new mission to build the South African berry brand here at home and abroad. South African blueberries are globally renowned as some of the highest quality in the world. In another victory for SA berries, one of our large commercial exports was awarded two Superior Taste Awards earlier this month.

This introductory video captures the essence of what we do and what the South African berry industry offers: https://bit.ly/3cZEabu

As part of the launch of the new entity, BerriesZA will embark on a roadshow throughout the country meeting with our member growers and breaking down the details of the new mandate of the organisation. This is to ensure that all stakeholders understand the focus of the organisation, and how they can make use of its forums and resources so that they can benefit fully from the remarkable growth the industry is experiencing.

The roadshow will kick-off in the Western Cape on 24 March 2021 at Diamant Estate in Paarl. It will then move to the Graham and Rhona Beck training Centre outside Robertson, Chiltern Farms in Vyeboom, and Outeniqua Boerevereningingsaal in George. The roadshow will then move to the northern parts of South Africa in May with stops in Rustenburg, Groblersdal, Nelspruit and Kwazulu Natal.

We believe the South African berry industry is poised to become a major force in the global market due to the superiority of our fruit compared to berries from other countries. By 2024, we aim to have increased production to 62,000 tons and exports to 44,000 tons. This will translate into 3,000 new jobs for South Africans in the local berry industry.

To achieve these goals, we will be focusing our efforts in the coming years on gaining access to new markets, primarily in the Far East, where demand for South African berries is high. Our newly acquired membership of FruitSA – the umbrella body for SA fruit – is a step in this direction.

BerriesZA looks forward to taking the South African berry industry to even greater heights in the years ahead. Working together with all stakeholders, we aim to entrench South African berries firmly on the world map and, in so doing, help grow the economy and create thousands of jobs.