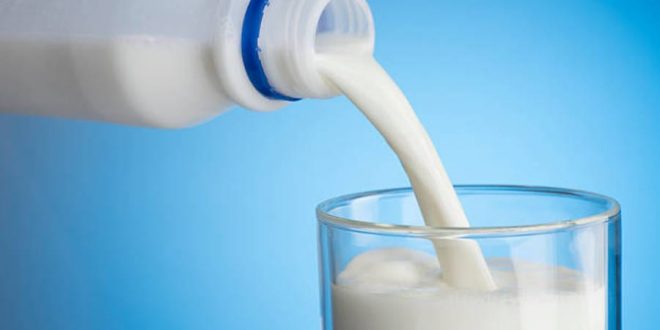 Kenya has recorded a 6.78% increase in milk production between the months of January 2018 to October 2018 as compared to last year attributed to favourable weather conditions during the period under review, reports Business Daily.

It has been reported that despite the decline in production between July and October, production in the first six months of the year was quite high.

“There was a decline in the months of July to September, with a slight increase in October.

Fluctuations in milk prices in the Kenyan market has been linked to a number of factors including lack of proper access to appropriate of input by the farmers from suppliers.

According to the New KCC managing director, Nixon Sigey the continued increase in milk production will see the consumer milk price remain at the current price over the next one month.

This might be a relief to the consumers as milk prices stabilise on higher supply. Low milk production during the month of April 2017 had seen the consumer price hit US$1.17 for a litre pack, with the same volume retailing at US$0.98 currently.

This led to interventions made by the government to allow milk processors import duty free milk powder to ease the high demand.

In Kenya, small scale milk producers account for up to 80% of the total milk produced in the country.

More often than not, this milk is sold directly into the local market by retailers who tend to control the price without significant external influence.

The major commercial industrial players in the dairy industry, for instance New KCC, also face huge shortcomings during the milk processing and this consequently reflected as an upward shift in the market price of the commodity.

In most cases, high processing costs impact negatively to the milk business.

Remarkably, consumer dynamics have resulted to significant changes in the milk industry. The need of convenient products and services is one of the factors that has led to introduction of the milk dispensers especially in major town across the country. This has boosted the milk business along the dairy value chain.

Kenya’s dairy industry is rapidly growing and the getting more sophisticated as compared to its on in east Africa competitors with a per capita demand of 111 litres and with a capacity to process 1.4 billion litres annually.