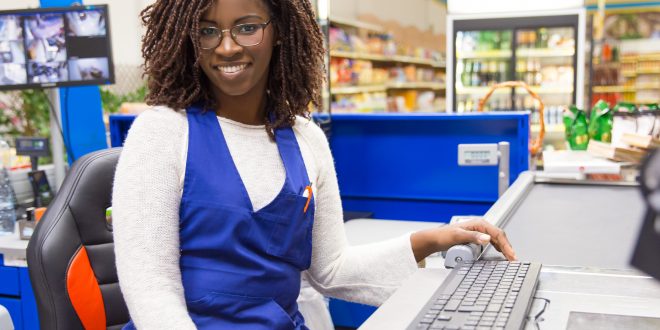 Clicks Group reported another strong health and beauty performance for the six months to February 2021 under constrained economic conditions in the wake of the Covid-19 pandemic, with operating profit increasing by 9.7% to R1.4 billion.

Diluted headline earnings per share (HEPS) increased by 9.5% to 371 cents. Excluding the impact of Musica on the group’s performance, diluted HEPS would have increased by 14.1%.

An interim cash dividend of 142.5 cents per share has been declared.

In the past six months the group returned R1.7 billion to shareholders in dividend payments and share buybacks. At the end of the reporting period the group held cash resources of R1.1 billion.

Chief executive Vikesh Ramsunder said the strength and resilience of the group’s business model was again evident in the first half performance. “We continued to encounter the destructive impact of Covid-19 which has changed consumer shopping patterns and significantly reduced customer footfall in malls.”

Group turnover increased by 7.6% to R18.1 billion. Retail health and beauty sales grew by 7.2%, supported by strong front shop health sales growth of 24.7% as customers focused on wellness and immune boosting vitamins and supplements. Online continues to be the largest and fastest growing store in Clicks, with sales increasing by 167% over the prior period.

Clicks opened its 600th pharmacy in February 2021 as a further 16 new pharmacies expanded the national presence to 601. “The convenience and accessibility of our pharmacy network is demonstrated by the fact that 50% of the country’s population now live within 6 kilometres of a Clicks pharmacy.”

The Clicks retail footprint increased to 760 stores with the opening of 17 new stores. “The current economic climate has presented opportunities for new retail space and Clicks plans to accelerate its store expansion programme with the opening of 40 new stores and 36 pharmacies this year,” he said.

UPD increased total managed turnover, which combines wholesale and bulk distribution, by 18.9% to R13.2 billion. UPD’s largest distribution client has extended its contract for a further five years while the business has gained an additional bulk distribution contract which will commence in the second half of the year.

In January 2021 the group announced the closure of the iconic Musica brand with effect from 31 May 2021. “We recognised for several years that the business model was no longer viable. However, we have managed Musica’s closure in a responsible and phased manner to limit the impact on shareholders, employees and suppliers. Almost all Musica employees have been accommodated within the expanding Clicks chain,” he said.

Discussing the Covid-19 vaccine roll-out programme, Ramsunder said Clicks Group is working closely with government departments and organisations to provide support through both Clicks and UPD. A total of 62 Clicks pharmacies have so far been registered by the Department of Health to assist in phase 1 of the programme with the vaccination of healthcare workers.

“Clicks has a network of over 600 pharmacies and 192 clinics across the country to support the programme. We estimate that Clicks has the capacity to provide between 600 000 and 700 000 vaccinations each month. UPD is the country’s largest national pharmaceutical wholesaler and has the capability and infrastructure to assist in the distribution of all temperature sensitive vaccines,” he said.

On the outlook for the remainder of the 2021 financial year, Ramsunder said trading conditions are expected to remain challenging in the current Covid-19 impacted environment, “with the potential risk of a third wave of infections in the months ahead”.

“The roll-out of the vaccination programme is expected to aid the recovery of the economy. Our group has a robust balance sheet, generates strong cash flows and is well positioned for further growth as the trading environment improves,” he added.