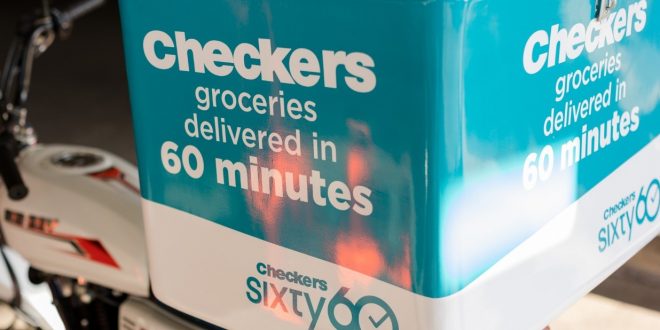 Checkers has launched its Sixty60 on demand one-hour grocery delivery service in the North West province for the first time.

The service is now available in the vicinity of Checkers Hyper Klerksdorp, with more locations to follow in the near future.

Since first launching in late 2019 in a few neighbourhoods in the Western Cape and Gauteng, Checkers has rapidly expanded Sixty60 throughout the country and the service is now available from over 150 stores nationwide.

Customer response has been exceptional due to the service’s lightning fast speed, ease of use and its innovative and safe solution to having groceries delivered at the touch of a button at the same value for money for which Checkers is renowned.

It also recently launched a new recycling initiative for its brown paper bags that will help close the recycling loop of its customers by allowing them to return their used bags with Sixty60 drivers for recycling.

The appreciation for this service is evident in the number of awards Sixty60 recently received, including:

With more than 1.2 million app downloads, over 15 000 groceries to choose from on the Sixty60 app and delivery in as little as 60 minutes at a fee of just R35, it remains South Africa’s fastest and cheapest on demand grocery delivery service.