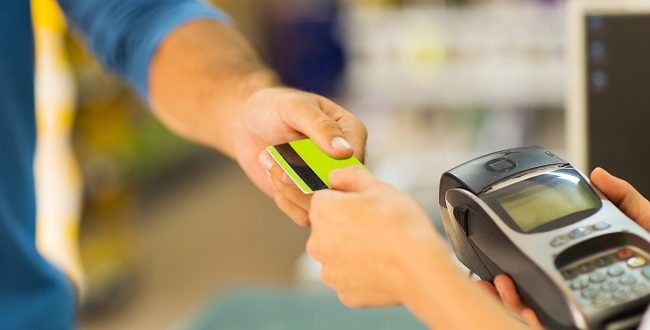 The National Retail Federation has said a proposed new class action settlement, which purports to resolve claims that Visa and MasterCard set credit card swipe fees in a multi-billion dollar price-fixing scheme, largely resembles part of an agreement that both a federal appellate court and the retail industry had already rejected.

“The monetary settlement doesn’t solve the problem. Swipe fees cost retailers and their customers tens of billions of dollars a year and have been skyrocketing for nearly two decades,” NRF Senior Vice President and General Counsel Stephanie Martz said. “Ending the practices that lead to these anticompetitive fees is the only way to give merchants and consumers full relief once and for all.”

The deal that was unveiled today, and which awaits court approval after it is filed in the Eastern District of New York, proposes a way to settle the monetary damages part of the massive lawsuit. The proverbial jury is still out on the part of the lawsuit that would change some of the anticompetitive rules of the card networks, which NRF considers to be integral to helping merchants going forward.

“Swipe fees are not just a business-to-business issue,” Martz said. “By driving up prices, they cost consumers hundreds of dollars a year – nearly as much as the average family spends on Christmas gifts or back-to-school supplies.”

The proposed settlement comes in a lawsuit against Visa, MasterCard and their largest card-issuing banks that was filed by a group of small retailers in 2005 without involvement by NRF or most major retailers.

One important improvement: Merchants who accept the new settlement would face a ban on suits against the networks for five years rather than the broad, permanent ban on future swipe fee lawsuits mandated in the earlier settlement. The settlement is for a proposed $6.2 billion.

NRF will closely watch the next phase of settlement discussions, which merchants hope will make significant changes in the way Visa and MasterCard set the complex matrix of swipe fees banks charge merchants to process credit card transactions. Virtually all banks that issue the two brands of cards follow those fee schedules uniformly rather than competing, a practice retailers have long said is a price-fixing arrangement that violates federal antitrust law. Without transparency or competition, the fees could continue to increase.

The fees average about 2 percent of each credit card transaction, and the system has allowed them to grow dramatically. Swipe fees for Visa and MasterCard credit cards alone totaled $43.4 billion in 2017, up from $25.9 billion in 2012, according to the Nilson Report, a newsletter that follows the card industry. For the card industry overall, the fees are about $80 billion a year. Card industry rules and practices have effectively forced retailers to include the fees in the price of merchandise, driving up costs for the average cardholder by hundreds of dollars a year.

The failure to reform the price-fixing system, the permanent ban on future lawsuits and the inability to fully opt out were among the reasons NRF and a broad cross section of the retail industry ranging from independent Main Street stores to national chains rejected the 2013 settlement. And the $7.25 billion that was previously rejected amounted to only a few hundred dollars each for many small retailers harmed by the price fixing.

Given those concerns, NRF asked the 2nd U.S. Circuit Court of Appeals to overturn the settlement in 2014. The appeals court ruled in NRF’s favor in 2016, saying merchants were inadequately represented in the case. That ruling was appealed to the Supreme Court, but the high court refused to take up the case last year, sending it back to trial court for further attempts to reach a resolution.

Share
Previous PayPal: South Africans Will Spend Over R45 Billion Online This Year, with Over 60% Making a Purchase From an Overseas Retailer
Next Africa’s Entertainment and Media Industry Enters Dynamic New Wave of Convergence – 3.0