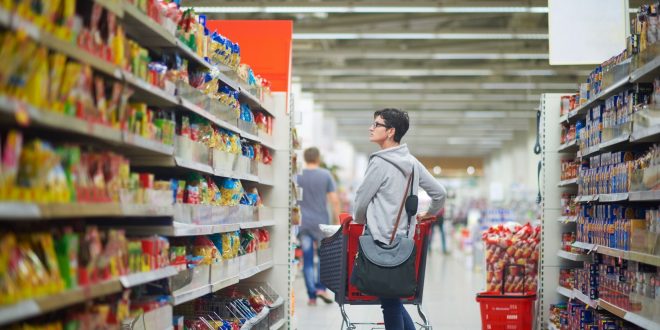 South Africans are under pressure as indicated by the latest results of The Conference Board® Global Consumer Confidence Survey, conducted in collaboration with Nielsen, which reflects a 5-point decrease in South African consumer confidence to 90 in Q2, 2018.

Nielsen Sub-Saharan Africa MD Bryan Sun comments; “Consumer confidence in South Africa dropped in Quarter 2, 2018 after the initial recovery seen at the beginning of the year. Inflationary pressures due to rising petrol prices, VAT increasing to 15% and the sugar tax have all contributed to a more constrained environment and have dampened consumer spend. The initial optimism felt at the beginning of the year has subsided and consumers have again become cautious.”

The latest results reveal that job prospects continue to haunt South Africans with only 35% seeing them as excellent or good in the next 12-months versus almost half (47%) who felt this way in the previous quarter. This comes as no surprise given the recent Statistics SA unemployment figures which showed that South Africa’s unemployment rate rose to 27.2% of the labour force in the second quarter..

Looking ahead at the state of their personal finances over the next 12 months, 61% of South Africans have a positive outlook which shows a continued upward trajectory from the 60% recorded in the first quarter of 2018. In terms of whether now is a good time to buy the things they want and need, 31% said now is a good time, holding steady from the 32% recorded in Quarter 1, 2018.

Heightened economic sensitivities come with a personal obligation towards better managing squeezed monetary resources. In light of this, the latest CCI results reflect a strong responsibility for future financial planning, revealed by the highest number of South Africans (44%) saying they will use their spare cash to put into savings.

Paying off debt remains a high priority, with 35% of South Africans saying they would use spare cash to be accountable and pay off debt, credit cards and loans. Clothing retailers can also take heart from the fact that 30% say they would purchase new clothes after covering essential living expenses, while 23% would spend on out of home entertainment and 21% would spend their spare cash on home improvements and new technology products respectively.

In terms of their biggest worries, 71% of South Africans believe the country is now in a recession as compared to the 72% in the previous quarter, although it must be noted that this data was gathered prior to the recent announcement of South Africa experiencing two quarters of negative GDP growth.

Job security has now superceded ‘the economy’ as South Africans number one concern with the highest number of South Africans (29%) citing it as their top concern, followed by 25% who are worried about the economy. Other factors associated with South Africans concern for their future are closer to their personal circumstances, with crime making a reappearance in the top three concerns at 23%, while debt has dropped to fourth spot from 23% to 19% and increasing food prices has risen from 16% to 19%.

Against this backdrop, a hefty 84% of South Africans say they have changed their spending on household expenses in Q2, 2018. The top action they have taken to save on household expenses is cutting down on takeaway meals (65%), followed by spending less on new clothes (59%) and switching to cheaper grocery brands (55%). Out of home entertainment at 54% and expenditure on gas and electricity (50%) have also felt the squeeze.

In terms of where South Africans would put money in terms of their monthly budget allocation, 19% of South Africans said they would spend the highest amount on food and beverages at home and housing (rent, mortgage, utilities) and 9% would spend their monthly budget on education and routine transportation (car, commuting, petrol, and non-holiday trips).

Against this backdrop Sun comments; “We know that times are tough in South Africa. According to another Nielsen report, consumers are dropping categories from their basket as they are forced to spend more on basic essentials. In addition, they are seeking value for money brands, including private label. In such a scenario, it is now all the more important to understand the needs of the consumer and tailor your offering to meet their requirements in this cash strapped environment.”

2018-10-05
Staff Reporter
Share
Previous CCV and PAX Are Forming a Joint Venture Focusing on Payment Solutions in the Self-Service Market
Next Verifone Introduces EZ-Receipt, Enabling a Seamless Payment Experience at the Pump