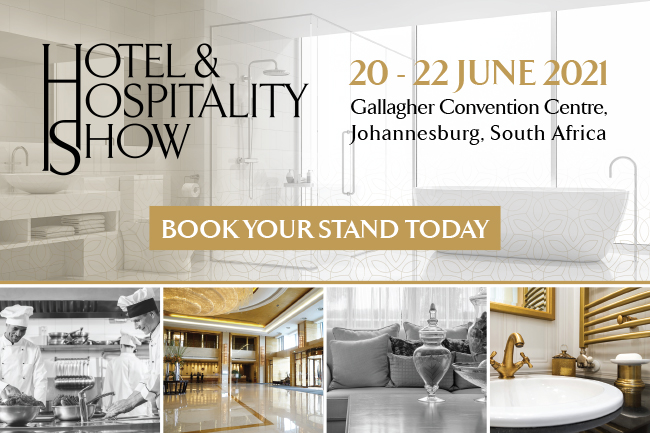 Africa’s top hotel and hospitality industry trade show, the Hotel & Hospitality Show, will launch an exciting new Game of Chefs challenge this year, where local chefs will compete for prize money and a place in the WorldChef Battlefield Champion of the Masters in Kuala Lumpur.

In an action-packed three-day showdown, the Game of Chefs will see eight teams of four chefs each having to produce a three-course menu for 15 guests from a mystery basket – all in under two and a half hours.

Competition Director and Austrian-born Chef extraordinaire Martin Kobald of ChefMLK School of Cooking says the competition is a new platform for South African chefs to compete at international level.  Fellow Competition Director, culinary judge and renowned Chef Jeff Schueremans says the Game of Chefs is the ultimate challenge for local chefs, and will be judged in line with WorldChef judging criteria, by a panel of local and international judges.

To enter the competition, the minimum qualification for the team leader must be a sous-chef, with the remainder of the team comprising a qualified pastry chef and two commis chefs.  Watch the video.

Formerly known as the Hotel Show Africa, the rebranded Hotel & Hospitality Show is the must-attend event for food services, hospitality stakeholders and hotels.  The event will also feature highlights including the one-day Hospitality Leadership Forum, and the hotly-contested Southern African Housekeepers League of Champions competition, in which hotel housekeeping teams will race against the clock to prepare rooms to the highest standards in only seven minutes. For more information, and to enter the Housekeepers League of Champions, go to https://www.thehotelshowafrica.com/housekeepers-challenge/

This year, the Hotel & Hospitality Show will also debut new highlights including a Women in Food, Beverage & Hospitality Awards event, recognising outstanding achievement across 10 award categories including Emerging Entrepreneur of the Year, Best Women’s Skills Development Programme, and Hotel Chef of the Year. For further information on the awards and nomination  process go to https://www.africabig7.com/wifbha-awards/

The Hotel & Hospitality Show is presented by dmg events and will be co-located with SAITEX – Africa’s original multi-sector trade show – and Africa’s Big 7 food and beverage sector show, as part of Africa Trade Week at Gallagher Convention Centre in Johannesburg from 20 – 22 June 2021.  Africa Trade Week attracts over 10,000 attendees from around the world each year.